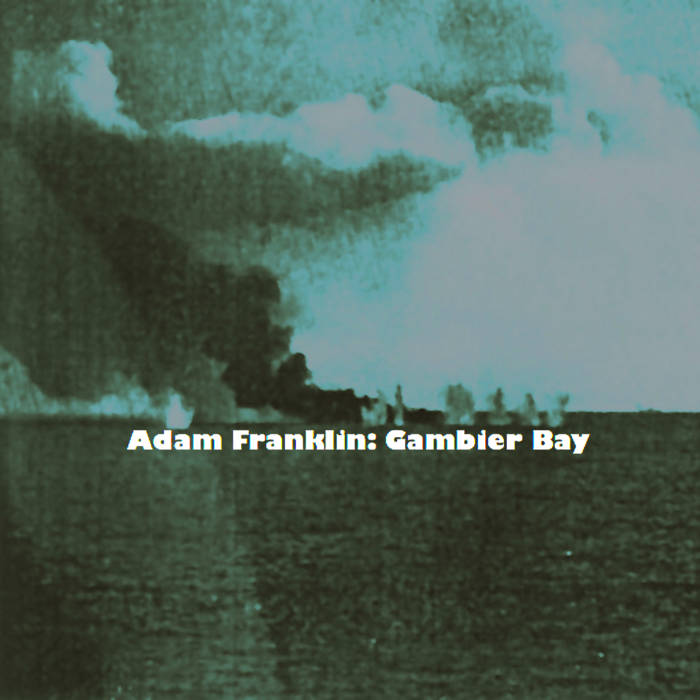 In 2010 I received an unusual request from Jimmy Guerrero which said simply: “I am interested in commissioning a song about the sinking of the USS Gambier Bay. My wife's grandfather was the chaplain aboard the ship when it was sunk in shark infested waters in WWII. We are big SWD and Toshack fans, and this is a story I think Adam can tell...acoustically or with violent feedback.” Jimmy wanted the song to be a gift for his wife Heather for their upcoming 10 year anniversary.

Jimmy went on to explain more about Heather’s grandfather and the ship that was sunk on November 27th 1944: “Vernor Carlsen was a young chaplain on a US naval ship that was essentially given a suicide mission and consequently sunk by the Japanese. The survivors floated over 60 miles in shark infested waters for several days at the mercy of the sharks and Japanese. This meant that some of the sailors died from their injuries or were gruesomely eaten by sharks. It forced the survivors minute-by-minute to question not only what hell they were doing out there in the first place, but more importantly, does God exist? And if he does, why is he such a bastard?”

An account from one of the survivors explains: “Those who drank sea water often became delirious. Some would say they were going for a beer, others stated they were swimming ashore. They would disappear never to be seen again.” Heather later recounted stories from her grandpa: “He would also tell a story of a Japanese ship passing through where the men were hanging on rafts after the ship went down. They were close enough for my Grandpa to see their faces and they were all lined up on the deck saluting the men in the water. This had a profound effect on him.”

This immediately brought to mind an unfinished, unrecorded song I had written in schooldays after a history lesson about the Spanish Armada’s disastrous retreat from trying to invade Britain in 1588 and I set about adapting the lyrics into this new song.

So what we have is the song “Send Salutations To The World”, the triumphant sound of the ship setting off, followed by the dubby, slower instrumental “Sea Creatures Beneath Us” which is an aural interpretation of the shipwrecked sailors floating in hallucinatory shark-infested waters for endless days before the survivors finally found salvation. Included also is “The Lizard”, a version of the song with the original Armada-themed lyrics.